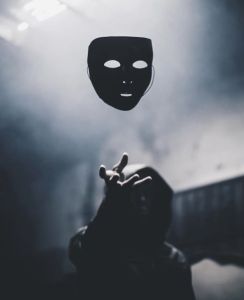 “Loneliness and silence are essential elements for the formation of a profound—or more simply—human spirit. The man of our time is often found to live parallel lives: an exterior, in which he appears self-confident, professionally serious and communicative, full of hobbies; an interior, well hidden, full of insecurities, anxieties, worries, doubts, connoted by the inability to find ways out. To those who wish to resign themselves to this state of affairs and wish to recreate unity between the inner and outer world, I suggest an effective method: to keep silence in and around oneself to meet face to face with the Scriptures, which speaks to ‘the whole’ person and produces beneficial effects” (Martini 2012, 805).

This thought of Carlo Maria Martini explains the title of this post. In the presence of true communication between our two dimensions, life becomes significant.

With the end of the holidays, the past days have been marked by the return to ordinary activities. It is, therefore, quite natural that this event has been hailed as a return to the “labors,” as opposed to the real or presumed idleness of the holidays.

Actually, holidays do not always constitute a relaxation of commitments. Often, they simply turn into commitments of another kind. Just such a result lets us say that holidays have become a voluntary conditioning.

And so, having to stay behind countless commitments even during the holidays, our eyes find fewer opportunities to rise above things to do. It hardly rises beyond the ordinary, nor goes beyond the traditional patterns that our behavior generally conforms.

Holidays become another form of acquiescent narcosis compared to the world, a further stage of that fusional immanence that sees us so immersed in the flow of things that we can no longer distinguish the difference in value between them.

If the freedom that we think of reaching with the holidays is transformed into new conditioning, then talking about holiday stress becomes justified, however paradoxical.

The conditioning is, so to speak, pre-installed within us; and its identification does not depend only on an act of good will, however necessary it may be in initiating the process of becoming aware. This process has a name: spiritual life.

Usually, when we hear these few words pronounced, our minds evoke the naves of medieval cathedrals and Gregorian chant choirs. In reality, the spiritual life is first of all something very basically human, fundamental for the initiation of any process of self-perfection. Martini gave a very beautiful definition of spiritual life: “acting in everyday things without aiming to show skill or shrewdness, without seeking our little glory, but simply being immersed in the act, in that gesture. Being there, full of attention, as if the action of that moment—opening a door, writing a letter, looking after a sick person, celebrating a rite—were always the adventure of a first time” (Martini 2012, 829).

What forms can vigilance, the path that leads to meditation and a renewed presence in oneself, take today?

Some propose a “minimalist ethos” (i.e., trying to get things slipped over, especially when we realize that they define our identity beyond measure. After all, we are not the things we own, the work we do, the attitudes we have developed.

Although we agree on these premises, many people become hostages to things, work or attitudes.

If we were to think of a path of liberation from conditioning, what could we start from?

First of all, perhaps we really need to get rid of the things and the strength they have in defining our identities. What we possess is not a statement about what we are as people. We need to be aware of this.

Secondly, we need to look at our own attitudes—that is, the way in which we have matured our dispositions. Often we have developed analgesic postures, real blocks of the soul, formed as a result of events that have made us suffer, so we try in every way to avoid the repetition of those sufferings, gradually reducing the margins of our actions. The end result is that we have bound ourselves in very confined areas.

Perhaps it is possible to deal with one’s own attitudes, starting with a simple question: “But am I happy?”

Thirdly, one should rethink one’s body. To say that we are immersed in the culture of body worship is no longer enough. Today, in reality, we are witnessing the rites of a carnival of the body. Today the body is at the centre of the scene, celebrated in the naturalness of its condition. The body is exalted in its perfect forms or in the performance of some of its most elementary functions, such as eating. This exaltation then undergoes a work of masking, combining “glamorous” or other cultural aspects. As a result of this process, the body is both celebrated and masked.

Think of the now countless television cooking programmes. Of course, I do not want to deny that there is a cultural component to cooking, as well as renowned culinary traditions. However, in what we see today, we have the impression that the reference to the culture of food is an expedient to disguise the cult of the physiology of the body. Here we are, then, immersed in the rituals of a perennial carnival of the body.

Obviously, the body has an undeniable naturalness. It is a rather obvious fact that, as such, would not require any form of emphasis.

“The irruption of sensation—wrote David Le Breton—breaks the routine of self-perception” (Le Breton 2007, XII). The sensations—even those that derive from taste—can be an opportunity to break into the monotony of the life of the subject and open the way to a vertical dimension, toward the discovery of new areas of reality; can give us access to areas of unexplored individual sensitivity; can free us from perceptual habits.

Unfortunately, in the rituals of the carnival of the body that we are witnessing today, this option in favor of transcending one’s limits does not take place, being completely crushed on the exaltation of physiology, albeit refined to the point of trying to confuse it with the real culture, which, however, is something completely different.

The fourth step is the call for greater inclusiveness. Do we really want to spend a life receiving only confirmations from others? What if we began to confront the reasons of those who disagree with us?

The fifth step is perhaps the one that has the most impact: don’t let work define us as people. Work can become an anchor that takes us down. There are more important things than work: health, relationships, passions, personal growth, our contribution to society. A good indicator of this hoped-for change in approach could be to replace the traditional question “What do you do?” with “What are your passions?

In this itinerary, as generally in all itineraries of change, we must take into account the failures, so as not to feel too bad when they happen. What is worthwhile, as Martini says, is not only the look upwards, but the look toward what is in front of us. “Trust in this battle,” Martini observes, “is never discouraging oneself and always looking ahead, sowing seeds of good everywhere and leaving the buds and fruits to Providence.”

The five proposals for a meaningful life and for the restoration of dialogue between the inner and outer man have in common the awakened life. The way to greet us is therefore to remember what is written in one of the fundamental texts of Buddhism: “Advancing, watching” (Mahaparinibbana Sutta 6,7).